Tom Kyle – A name with History

Kiel was not always known as Kiel. In the year 1242 Kiel received city rights and at that time was called Holstenstadt “tom Kyle”, which means something like “at the wedge” or “to the wedge”. And if you take a look at the map, it quickly becomes clear that the wedge refers to the Kiel Fjord. Kiel was founded by Count Adolf IV. von Schauenburg at the same time as the Franciscan monastery was built, in which the city founder later lived and also died.

Kiel: one city, many facets 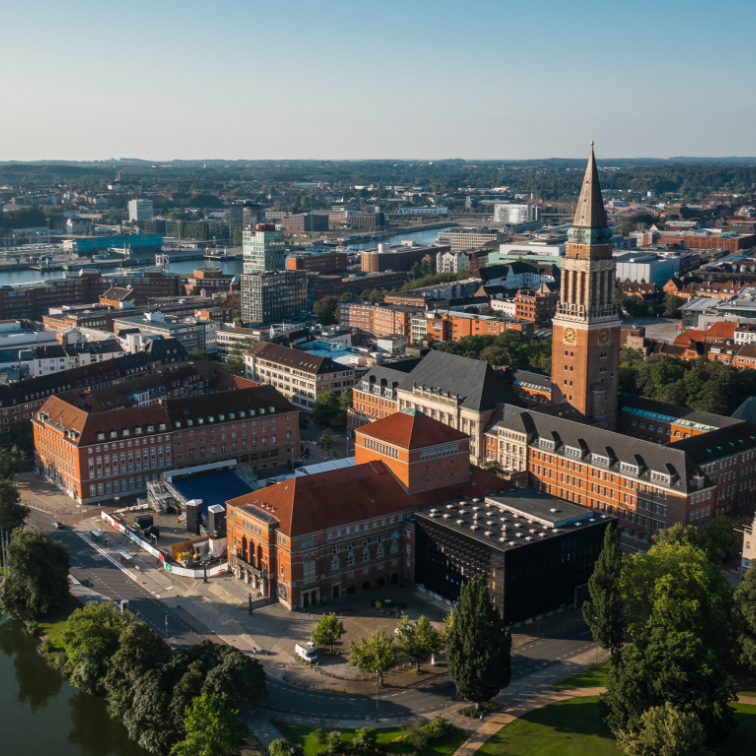 Welcome to the Holtenauer, probably the hippest shopping mile in Kiel. Around 150 shops on over 1.5 kilometers invite you to take a stroll. And if you get hungry, there are a variety of restaurants, bars and small cafes waiting for you. 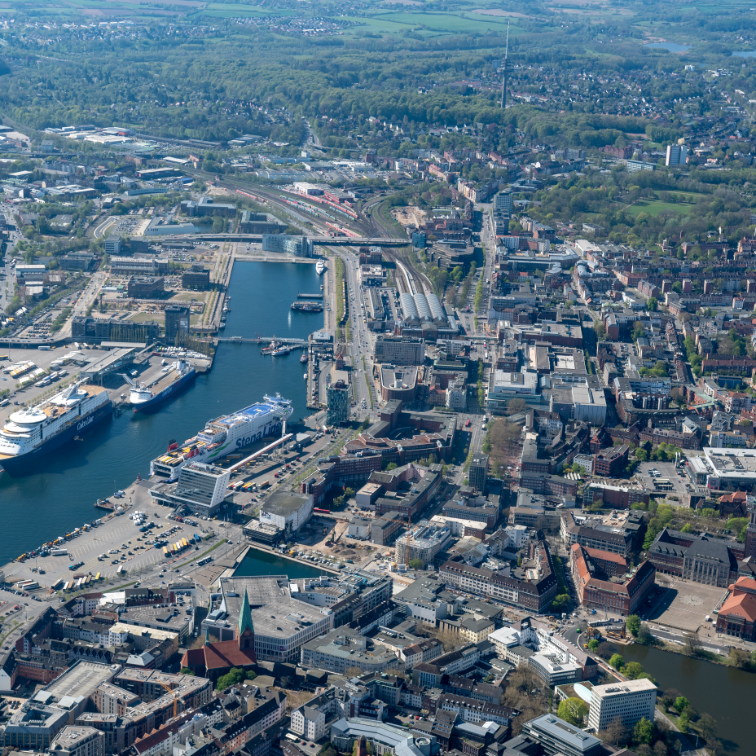 If you want to wander around, you've come to the right place. The Cruise Terminal Ostseekai, in the heart of the city center, is the start and destination point for around 600,000 passengers per year who cruise here. And even if you’re not going on a long voyage, the sight of the big ships alone is breathtaking. 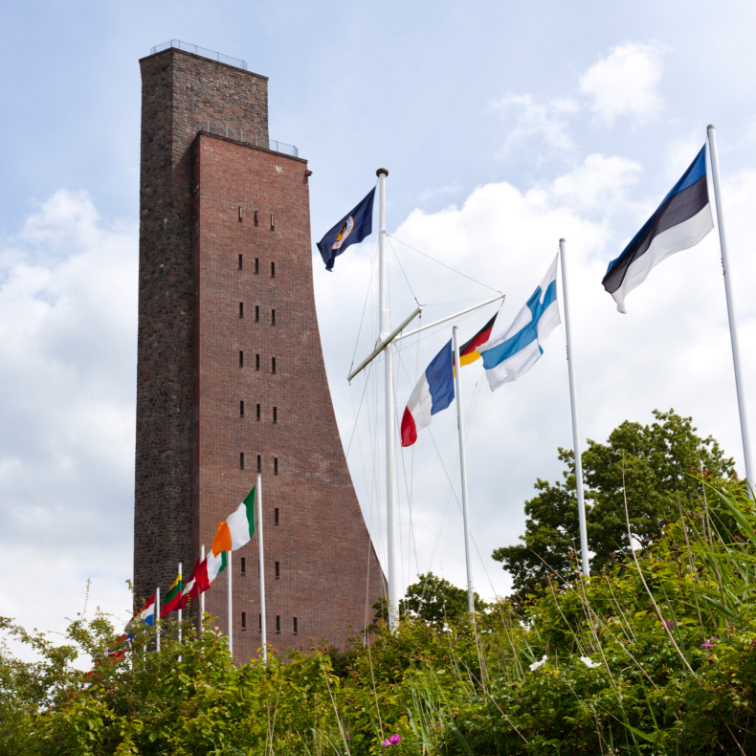 Here, history meets a unique view over the Baltic Sea. Erected in 1936 for the fallen marines, the memorial is now the starting point for anyone who wants a stunning panoramic view of the region. But first there are 340 steps to be climbed. 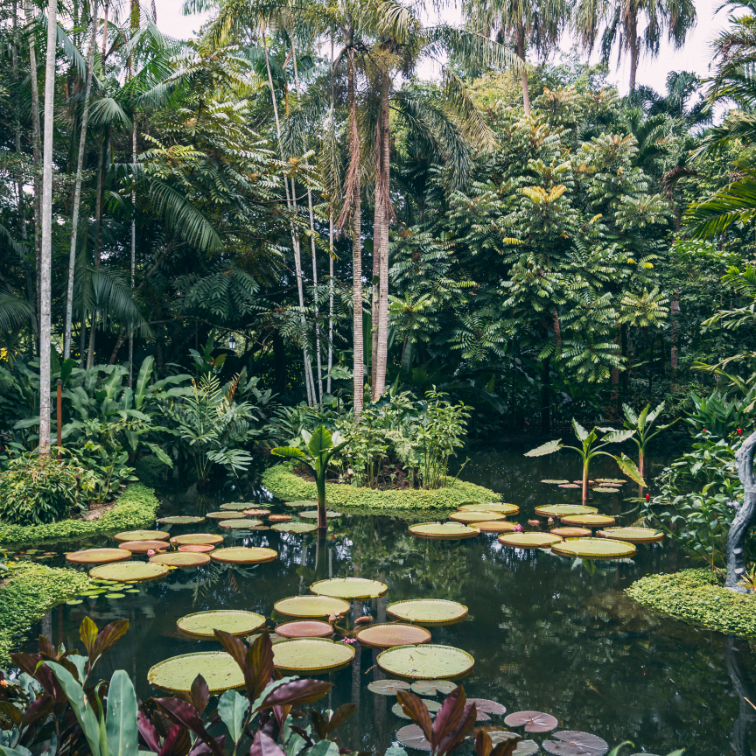 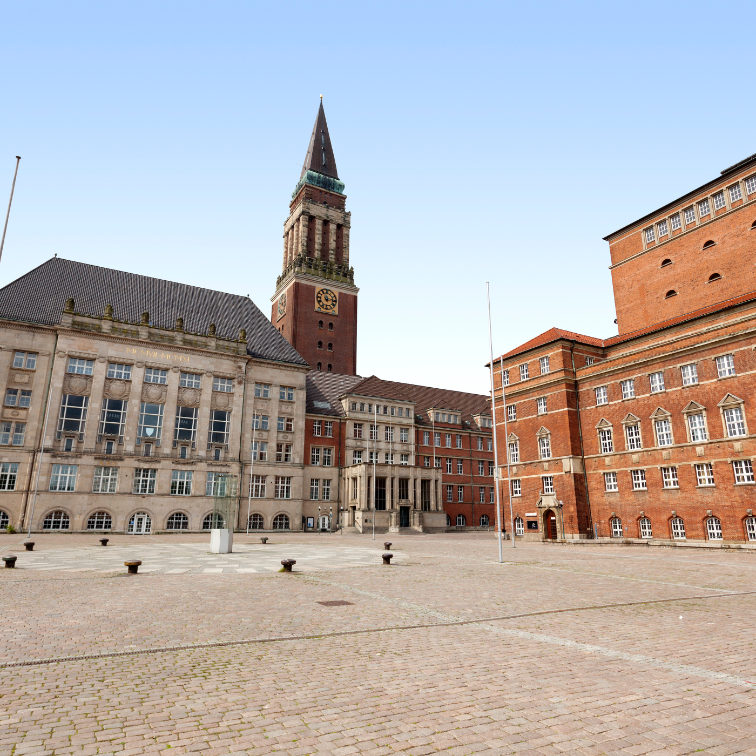 Kiel City Hall, a landmark and also a rarity. Because next to the city hall tower, which the famous St. Mark's Basilica in Venice served as a model for, you will also find a paternoster. This unforgettable elevator ride takes you up to the 5th floor. 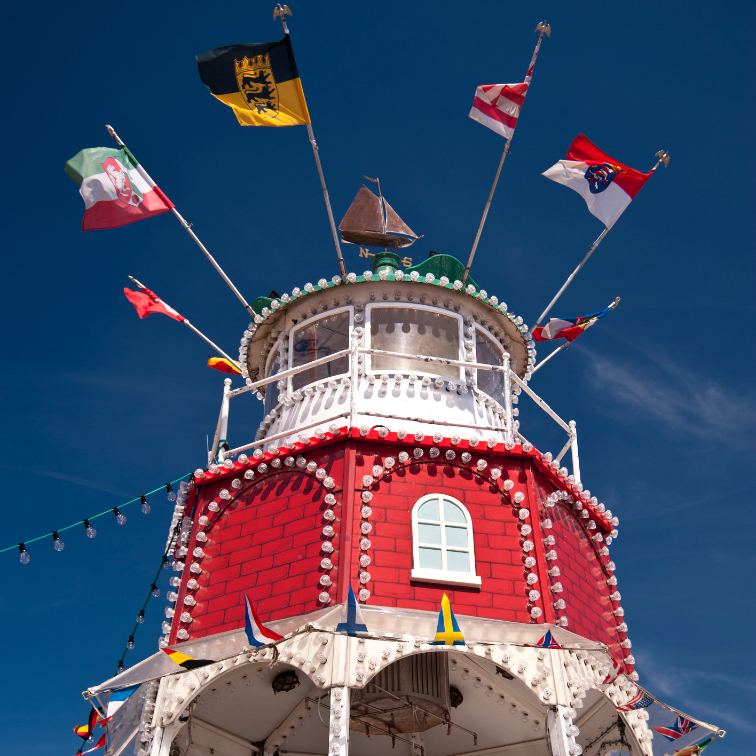 The `Kieler Woche’ is the largest summer festival in Northern Europe and not to forget: the largest sailing sport event in the world. Over 2,000 program items, numerous regattas, stages and culinary delights await visitors every year. 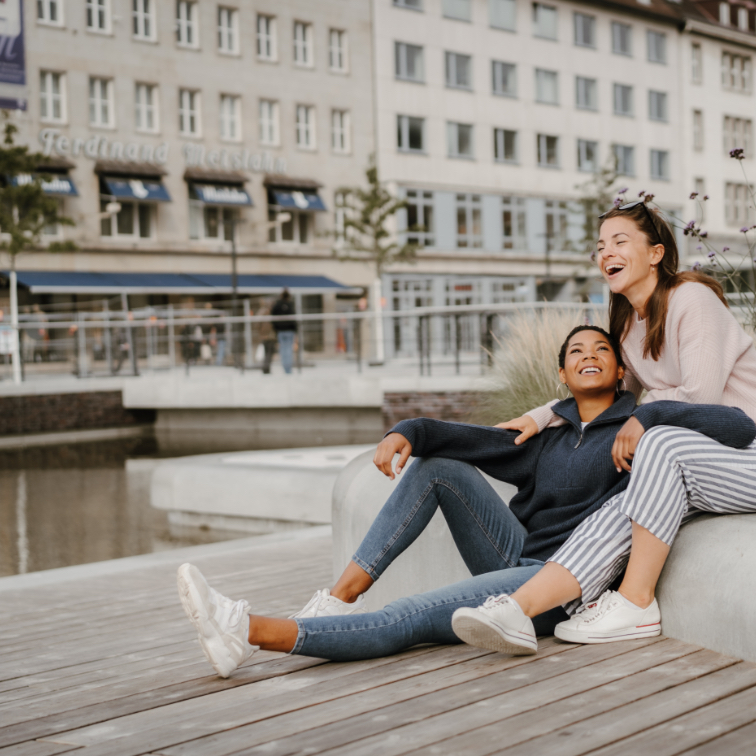 Picturesque and divided into two parts by a bridge. The “Kleiner Kiel” is an inland waterway in the middle of the city and is surrounded by beautiful attractions, be it the Hiroshimapark, the Kiel Opera House or the Ratsdienergarten. 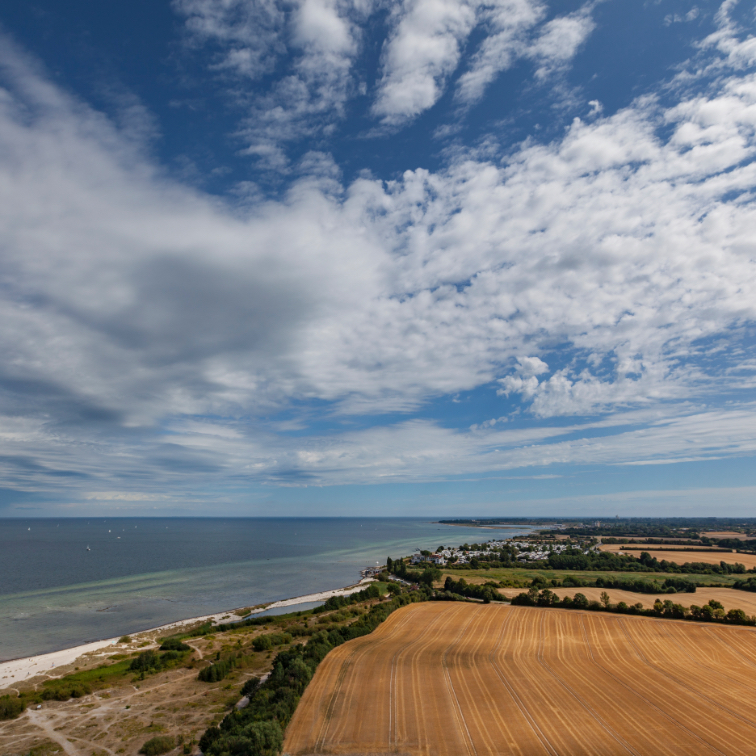 So close and yet it feels like another world. In the Probstei on the Bay of Kiel you can enjoy peace and relaxation in the midst of an idyllic landscape. In addition, miles of sandy beaches, idyllic lakes and romantic villages. 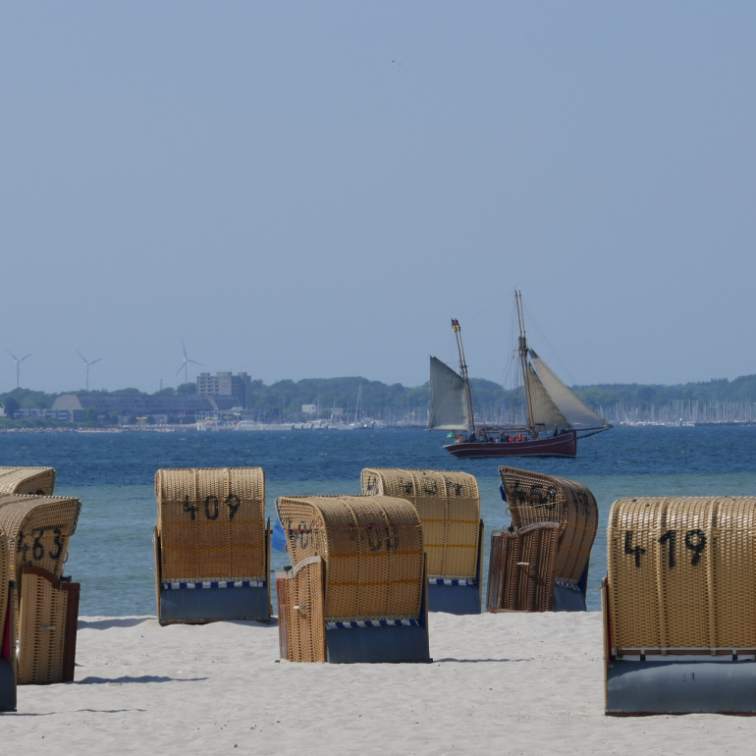 Not far from Kiel you will find a multitude of seaside resorts, each with their own charm. Whether you are looking for relaxation, wanting to experience pure nature or spend an active day at the beach - there is something for everyone. 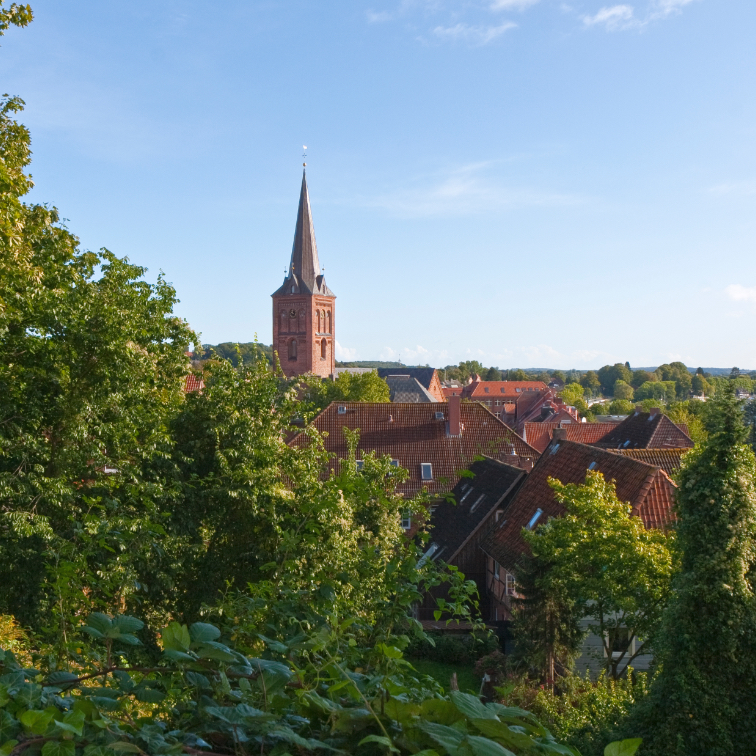 Plön is a real gem. Surrounded by more than a dozen lakes, Plön is a dream for sailors and paddlers. But cyclists and hikers are also guaranteed to get their money's worth. You will also be delighted by the majestic Plön Castle and the enchanting old town.